In an old interview on TMC, Terry Gilliam nails the distinction between Hollywood movies and great film made by great makers. It's here on YouTube.

I have occasional movies that I really like and can't really say why. John Gruber has a Mac-related blog, but he really dotes on Stanley Kubrick, and Gruber has this quote by Kubrick: The test of a work of art is, in the end, our affection for it, not our ability to explain why it is good.

I'll keep this new metric in mind and see how it works with movies I see. 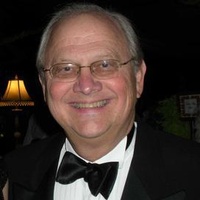